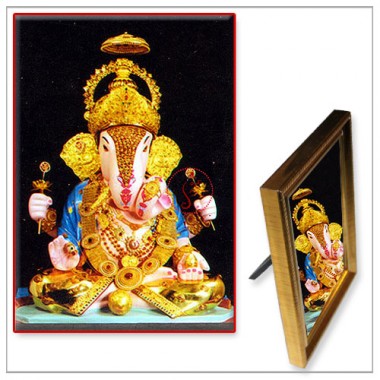 Shreemant Dagdusheth Halwai was very famous sweet trader of the past era. He was a very virtuous and righteous man. Shri Datta Mandir placed in Budhwar Peth, Pune was their residential Building. During those times in the outbreak of plague Shreemant Dagdusheth Halwai lost his son. Due to this episode he himself and his wife were very depressed and disturbed. During the same time his Guruji Shri. Madhavnath Maharaj consoled him and advised him to make two idols of God - Shri. Datta Maharaj and Shri. Ganpati - and asked him to worship them and to take care of them like his own son. In future, just as offspring brings radiance to his father's name these idols would do the same for him. And as per his Guruji's advice he made two idols of Shri Datta Maharaj and Shri Ganpati, and this very idol is the first idol, now this idol is placed in Aakara Maruti Temple, Shukrawar Peth, this idol is worshiped everyday with detailed rituals and rites. Lokmanya Tilak instilled this idol.

There is an interesting story attached to the celebrations of festival of Ganesh Chaturthi. Lokmanya Balgangadhar Tilak who played important role in fighting for freedom for India, was a good friend of Dagdusheth Halwai who later became a wealthy businessman. He initiated the public celebration of Ganesh Chaturthi so that people can come together and unite against the British. Before this initiative people use to celebrate this festival in their homes only as public gathering was prohibited at that time by the order of British.

The temple is constructed in such a way that devotees can get the easy glimpse of Ganesh from outside the temple only. The temple is located a short distance from the historical Shaniwar Wada fort, which was administrative headquarters of Peshwas of Maratha Empire. The temple is popular in Maharashtra and is visited by thousands of pilgrims every year. 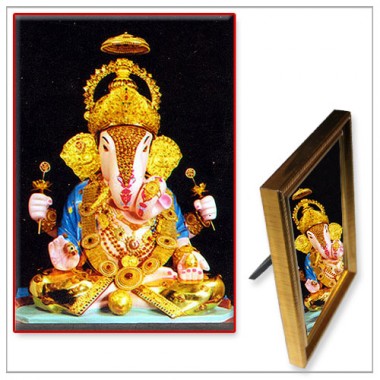