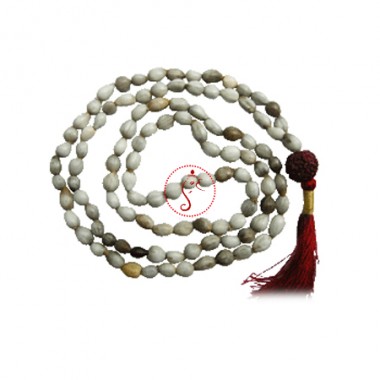 Vaijyanti is a shiny seed that grows in the forests of Braj, where the god and goddess eternally make love. It balances all doshas.Vaijyanti mala made of white beads is used for vashikaran, attraction and Devi Siddhi. It is a mala of victory. The wearer of vaijyanti mala never looses anything in life. It is widely used for jaap (prayer) of Lord krishna, Vishnu and Rama.

As per ancient texts Krishna made a mala for Radha out of these seeds, as did Ram for Sita. Vishnu gave this mala to Skanda at his installation as commander-in-chief for increasing his strength. Vaijyanti mala is also known as Lord Vishnu's garland.

Design: Made in thread in traditional style with a tassel.
No. of beads: 108+1
Length: 38 inches 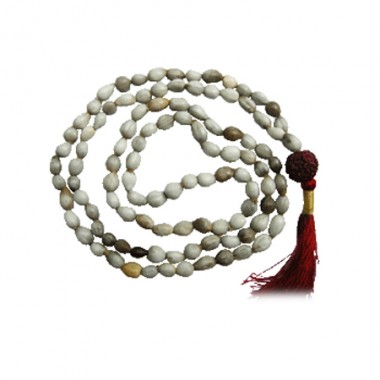